Michael E. Aldrich has been involved in philately since 1967 at the age of eleven.

Michael E. Aldrich started in the stamp business in 1975 with Hamernick’s and Brookman Stamp Co. in Minneapolis, Minnesota.

Already a collector at age 8, he began selling stamps at 11, and he found part-time work with Hamernick Stamp Company, St. Paul, at age 16. After graduating from St. Thomas College with a degree in business, he took a full-time position with Hamernick, where he helped found Brookman Stamp Auctions. During this time, he began selling stamps by mail via a national weekly stamp publication.

He established Michael E. Aldrich Auctions in 1980 and has been running auctions ever since.

He has devoted most of his entire professional career to philately. Michael E. Aldrich also founded Black Diamond Mail Sales, ABC Auctions, and the internet website RareStampExchange.com. He has published the Aldrich Revenue Stamp Album, the Aldrich Match and Stamp Album, a philatelic novel Imagine No More Lies, A Census of U.S. Match and Medicine Stamps, The Rare Stamp Top 500, and RareStampExchange.com. He served as a board member on the Council of Philatelist for the Smithsonian National Postal Museum. He is a member of ASDA, APS, and ARA.

He has a national presence at most of the largest stamp shows throughout the country.

Some of his past auctions have been held in cities such as New York, Chicago, Los Angeles, and Phoenix. He has spent many years specializing in United States Revenues and has become a leader in that field, both as a seller and a buyer. Michael E. Aldrich currently runs two different auction companies: Michael E. Aldrich (MEA) Auctions and ABC Auctions. Michael E. Aldrich, Inc maintains two large internet retail stores on EBAY and HipStamp: Aldrich Online Stamp Sales. These stores feature over 20,000 retail items. 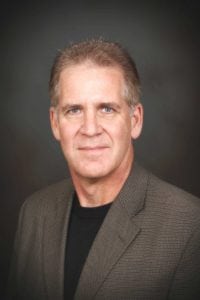